A Map of Techno-Politics of the Future University: Deep Convergence, Platform Ontologies, and Cognitive Efficiency

Thesis Eleven Forum for Social and Political Theory public lecture delivered by Professor Michael A. Peters (Beijing Normal University). This lecture coincided with a week of workshops and conference on Global Education co-hosted by the International Education Association Australia.

The supreme value of cognitive efficiency requires that we participate and labour endlessly, that we give away our data free, and that we integrate ourselves into the soon to be one trillion-dollar data monopolies of surveillance capitalism, a form of ‘digital authoritarianism’. The ‘dataism’ that creates new ‘platform ontologies’ now threaten the tracking and hacking of the body. The US National Science Foundation has been working on the notion of ‘converging technologies’ for over a decade. The ‘new paradigm’ consists in a deep and progressive convergence of ‘nano-bio-info-cogno’ (NBIC) technologies that signal a revolutionary integration of science at the nano-level. The final phase of this convergence is the application of ‘cogno’ technologies — the least mature — funded through cognitive neuroscience that focuses on cognitive efficiency to harness a ‘bio-informationalism’ of a re-/programmed body. This is the map of the techno-politics of the future university and the battleground of the algorithmic academy in which philosophy and the critical humanities are dying. 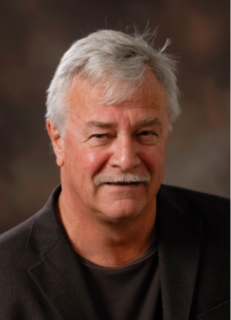 Michael A. Peters is Distinguished Professor of Education at Beijing Normal University Faculty of Education China PR, and Emeritus Professor at the University of Illinois at Urbana–Champaign. He is the executive editor of Educational Philosophy and Theory (https://www.tandfonline.com/loi/rept20) and founding editor of six international journals.  His interests are in the intersection of philosophy, education and political economy and he has written over one hundred books, including works on Wittgenstein, Foucault, Derrida, Lyotard.  He has acted as an advisor to governments in the USA, Scotland, NZ, South Africa, UNESCO and the EU. He was made an Honorary Fellow of the Royal Society of NZ in 2010 and awarded honorary doctorates by State University of New York (SUNY) in 2012 and University of Aalborg in 2015. He is currently working on a new book entitled The Chinese Dream: Educating the Future.